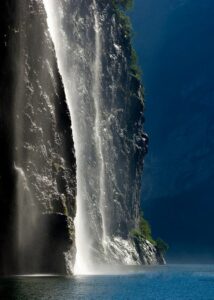 Bensos produces ecologic, allergenfree and non-toxic detergents and cosmetics; but, more than this, Bensos thinks to global pollution too and chooses 100% renewable energy, to stop contributing to greenhouse effect.

The greenhouse effect is the global average temperature increasing, due to a carbon dioxide (CO2) surplus. Exceeding CO2 does not allow solar heat to partially disperse in the space, so the heat is too much “trapped” by the Earth atmosphere.

For a number of years now, the global warming generated various climates changes, with more or less serious implications on the ecosystems and on human life: from the shrinking of polar icecaps and rising of sea levels, to the fresh water stocks decrease, to the tropicalisation of local climates (with typhoons, floods and temperatures fluctuations increasing), to the sea water acidification (as CO2 dissolved in water gives carbonic acid H2CO3 and makes sea water pH more acidic), with adverse effects on aquatic organisms lifecycle.

Carbon dioxide is considered to be the main greenhouse gas from anthropic origin, i.e. the exceeding CO2 quote is mainly due to human activities. Since 1970 to 2010 CO2 emissions increased by 80%. Fossil fuels, particularly oil and coal, used in energy production are considered to be the primary cause of atmospheric CO2 increase: only in 2010, even 60% increasing was due to CO2 emissions.
Atmospheric CO2 levels are currently increasing. What can we do to reduce this trend? 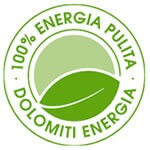 First we must not waste energy, reducing squandering. Then we can choose only renewable origin energy: among various origins, solar, eolic, hydroelectric, tides. Bensos manufactures detergents in its own factory, so it does manage directly energy consumptions – keeping them down – and energy suppliers. To minimize its contribution to the greenhouse effect, by 2016 december Bensos changed energy provider and chose Dolomiti Energia (www.dolomitienergia.it) which produces 100% renewable energy by means of various hydroelectric plants placed in Trentino Alto Adige.

Bensos products are traditionally highly biodegradable, allergen-free and free from long-term toxic chemicals; by now they are accompanied by a good practice in cutting down atmospheric CO2 emissions too.