Incidence of detergents and cosmetic cleansers toxicity on mammals reproduction 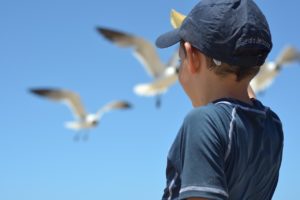 The future generations wealth does not depend only on environmental quality, animals and plants variety and on landscape cleanliness: it depends on how much they have been exposed to long-term toxic substances too. And on their own capacity to give life to other generations.

We noticed that, both in detergency and cosmetics, chemicals showing the power to damage mammals reproductive system are often used. This power may either have been studied on depth and officially identified (for ex. boron derived substances, as perborate used in some dishwasher or laundry detergents), or may be studied only partially.

A recent interesting scientific publication reviews 2500 studies, with data about nearly 43.000 men, who took part in researches involving their reproductive system health during almost 40 years (between 1973 and 2011). The main general result is that fertility of men from Western countries (including Europe, North America, Australia and New Zealand) decreased of 50-60% in 40 years, while in men from Asia, Africa and South America no relevant changes were seen [Source: “Temporal trends in sperm count: a systematic review and meta-regression analysis”, Human Reproduction Update, nov 2017].

The no-profit organization ChemSec, composed of Swedish agencies for environmental protection, taken into account by the ECHA (the official European agency for chemicals safety), wrote and keeps updated the SIN List, which includes substances with a concerning toxicological profile, with the purpose to put pressure on public authorities and make toxic chemicals be banned. Among important parameters there is reproductive toxicity. In a letter to the new ECHA’s executive director, Björn Hansen, ChemSec’s executive director A.S. Andersson asks that chemicals insights be quicker and more objective.

Bensos always gives priority to reproductive toxicity, together with genotoxicity and endocrine disruption, in choosing raw materials. This is the reason why it does not use chemicals whose reproductive analysis report (involving reproductive system and/or phoetus) are bad. For example, it does use glycolic acid, thioglycolic acid and derived molecules neither in detergents nor in body cleansers nor in creams both for household and for professional use; for the same reason it does not use “volatile silicons” (cyclomethicone, cyclotetrasiloxane, cyclopentasiloxane), even though SCCS (Scientific Committee for Consumers’ Health) in 2010 wrote that such chemicals “do not pose a risk for human health when used in cosmetic products”. Bensos endorses  ChemSec’s critical position as it is consistent with our mission, that considers absolutely overriding consumers’ health, together with environmental protection.