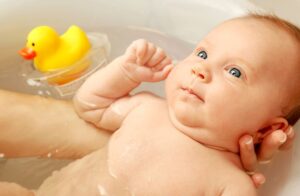 Sodium lauryl sarcosinate and sodium lauroyl sarcosinate are surfactants used as ingredients in shampoos, baby and face cleansers, bath lotions and toothpastes; they are used in household and professional detergents for hard surface cleaning, in particular for car cleaning, too. When lauroyl is of renewable origin, it is called cocoyl sarcosinate.

In body cleansing, such surfactants are used because of their mildness and for their soft foam, instead of other substances somehow “demonized” by public opinion. The assessment of a chemical should indeed include other features, for example long-term toxicity indicators.

Sodium lauryl sarcosinate shows to be harmful for the DNA in mammals cells (this toxicity is called mutagenicity). As it has the tendency to accumulate in human adipose tissue, its concentration and therefore its toxicity will increase in the long term.

Sodium lauroyl sarcosinate is bioaccumulable too. It does not seem to be a mutagen as its “cousin” lauryl sarcosinate; however it shows high toxicity for cells (citotoxicity), as it damages and deactivates cells. It enhances the skin permeability too, so it is recommended not to use it together with some ingredients, whose toxicity is lowered by skin protection capability: for instance, some dyes are less toxic than they could be because our skin protects us against them; but if other ingredients make skin more permeable, dyes may enter and show their toxicity without boundaries. Finally, sodium lauroyl sarcosinate shows a very high acute toxicity towards respiratory system, so it is labelled even with the “skull” pictogram; thus it should be recommended not to use it not only in products to be sprayed, but also in baby cleansers which may accidentally enter the baby’s nostrils, for example during the bath.

Bensos thinks that such features are negative enough to prevent them from being Bensos products ingredients, both cleaning detergents and, certainly, body cleansers. Bensos products are designed without such surfactants, to protect consumers’ and Bensos’ workers’ health.

Thanks to Marilyn for writing us and allowing to correct transcription errors.