The importance of saving biodiversity 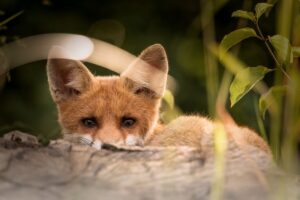 Biodiversity (that is the numbre of species living into an ecosystem) represents Nature’s real wealth, its ability to adapt to any climate conditions, expressing itself in various plants and animals with any possible facets and differences. But biodiversity is not just that.

Biodiversity must represent for us a kind of “warranty”, a protection for ourselves. Which we must protect in turn, from plants, to insects and little animals, up to predators. Let us see why.

Biodiversity may be subjected to reduction due to man-made changes; sometimes such changes seem too little to be critical, but if they last a long time their influence on ecosystems will be clear. Here is an example:

a slowly biodegradable chemical, able to modify one of water properties (ex. water hardness), is continuously poured in a river, by wasterwater pipes of a little town. In the little bays formed by the river, there are a lot of local ecosystems with aquatic plants and reeds, aquatic birds, various fishes, crustaceans, algae. After some months, little bays average water hardness changed and some algae and seaweeds that before were luxuriant are now dead, instead of other seaweeds that are now prevailing. Consequently, fishes which ate only the first species of algae are now dead or resettled; so do their predators (other fishes, birds as kingfisher). Birds of prey (buzzards), which predated kingfishers, resettle too.  In this way, rats can proliferate undisturbed.

This is an example of an apparently innocuous change in the environment, leading to perceptible effects to human health and wellness in a relatively short time.

That’s why Bensos uses only easily biodegradable ingredients according to OECD Test 301 for all of its products, Benè body cleansers and creams included.