Why choosing easily biodegradable ingredients is so important? 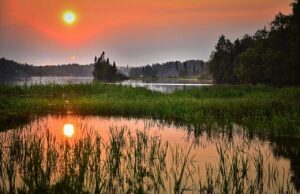 In common detergents for household and for the body, there are lots of not biodegradable – or slowly biodegradable – ingredients. They are used in ecological detergents too, as many of them are of renewable origins; as examples sodium etidronate, CMC (carboxymethyl cellulose), hydroxyethyl cellulose. Often they are active chemicals, not only “fillers”, so the fact that they last into water (rivers and lakes, groundwater) or in sediments (rivers and lakes depth, subsoil) is not a good thing at all, as they could damage aquatic life or human beings, if they end up on our tables with drinkable water or by the food chain.

Sewage treatment plants, made to remove pollutants from household and industrial wastewater, work better with readily biodegradable substances: activated sludge are able to break pollutant molecules, converting them in many little non-toxic molecules (water, nitrogen, carbon dioxide). However, they may do something useful even with non-biodegradable substances: they can hold them in special filters, that periodically are removed and wasted in a controlled way (landfills, incinerators).

But… what if there is no treatment plant? In Lombardy, Italy, for example, the Regional Counsil in 2011 january (see Informative Notes about the Implementation of Regional Policies – Nr. 17) expresses great concern precisely about both the sewer pipes conditions, as they often suffer from leakage that lead to pollutants release into groundwater, and wastewater treatment plants, that show two main issues: first of all they are far from being in sufficient number; secondly, a part of them is not efficient. ARPA 2015 data allow to know that the situation has not improved since 2014, as, compared to 55% (2014 datum), the groundwater sampling points in a “bad state” were the 56% of the total number.
The main pollutants are not from detergents, that’s true; but also detergents may contribute to environmental impact and to human health problems. That’s why Bensos does not use non-biodegradable ingredients to make their products, even if of natural origin.