Enzymes in detergency: an issue to be analyzed 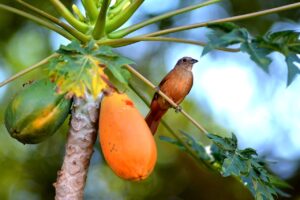 In this post we are going to talk about enzymes applied in health care or in detergency, particularly in laundry and automatic dishwashing products. Enzymes are natural origin substances; they are biodegradable and generally considered ecologically compatible.  We ‘ve been through them; here we explain better our evaluation, according to recent publications.

Papain is a natural occurring enzyme, mainly derived from Carica papaya tree. It shows a proteolitic action, as it breaks protein molecules, particularly those cystein based.
In U.S.A., papain was used as ingredient in many disinfecting and cicatrizing unguents for wounded skin. Some years ago, F.D.A. (Food and Drug Administration) no longer approved these unguents to be used, as they were found to be strong sensitizing and allergizing agents. Moreover, reproductive toxicity was investigated and concerning teratogenicity data on mammals phoetuses were collected.

Subtilisina is a natural origin enzyme, made with bacterial cultures, mainly used in detergency too, whose function is to brake protein molecules which form some kind of soil (food residuals as meat, fish, eggs, milk, or blood stains, etc.); it shows a broad spectrum action.
It is considered an occupational allergen, as among enzyme industry workers or detergency workers, many people resulted sensitized or affected by allergic reaction; a study (2005) reports a sensitization (mainly asthma) incidence of 64% in hypersensitive workers and of 33% (still significant) in workers with normal immune function.
This study highlights thefact that, despite several safety measures, allergies related with professional products containing enzymes remain a serious concern.
Searching for further signs of long-term toxicity, we read in ECHA Dossier the following statement: there would be no or no significant human exposure, as subtilisin is not bioaccumulable, so either endocrine disruption or reproductive/phoetal toxicity are “not likely” to be associated with subtilisin or any other enzyme and such tests are considered not necessary. They mention the existence of 26 industrial studies, which would demonstrate subtilisin is safe; in conclusion,  for the purposes of REACH law, they claim that reproductive toxicity and teratogenicity studies are unuseful and will not be carried out.
It is rather a shame that those “industrial studies” do not take into account scientific data about papain, for example.

For all of its products Bensos chose not to use enzymes first because they are strong allergens and sensitizers; furthermore, there is a doubt about safety for reproductive system and for phoetuses.