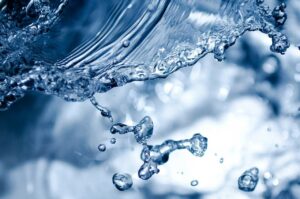 Bensos detergents features can be summarized in good cleaning properties, lack of substances persisting in the environment and harmful, but not merely these: our products show unique performances in some critical circumstances too.

An example of solved problem: the formation of hard incrustation dure into the drain

A long time professional customer, an agritourism manager, says that he did find no more incrustations in the drain since he decided to use only Bensos detergents. We think that one of the main products he uses which is useful to keep clean the drainage system is the Professional Dishwasher Liquid for Hard Water. However, other bensos detergents play a significant role too in this prevention.

Likewise, household customers experience such good performances. For instance, a housewife saw a strange thing during her first days using the Liquid Laundry Detergent: her laundry machine started to throw out a lot of water dirty with lime and mould; the lady called us and we together tried to think about what to do with it. We encouraged her to carry on as the detergent was probably washing not only the fabrics, but the laundry machine too, removing more and more incrustations due to previous detergents. And so it was, so true is it that after a few days the waste water became cleaner, as well as the laundry machine itself.

The septic tanks management improves too

The same agritourism says that the septic tanks itself needs seldom to be cleaned (“every 3-4 years, instead of every few months, as before”) because it is very clear the absence of critical incrustations, insoluble lumps and foams compared to when they used common detergents. In other words, they now can spare money and time!

Bensos philosophy is in some ways quite too severe, in other ways it forced us to find extremely new technical solutions, in order to obtain good washing results despite the strict ecological and toxicological parameters. This is the reason why Bensos products stand out from all the others, even in waste water pipes cleaning.