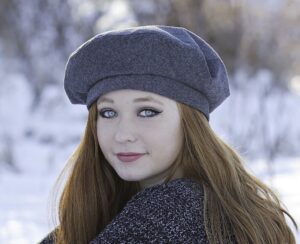 European regulation about cosmetics (Reg no. 1223/2009/EC and Reg no. 655/2013/EC) did improve products safety for the consumers: it was formalized the figure of the Responsable Person, both for scientific and for production issues; raw materials traceability and the production path are now controlled; moreover – at least for intention – it is now regulated the truthfulness of claims about products efficacy.

In particular, the Regulation 655/2013/EC and its Guidelines ask manufacturers and resellers to accept their responsibilities with regard to the following ethycal principles: legal compliance, truthfulness, evidential support, honesty, fairness and informed decision-making, that is being sure to explain things in a comprehensible form. It might sound weird, but… the lawyers have been forced to call the producers to order precisely because they found too great differences between advertisments and cosmetics real features! Cosmetics include body cleansers, creams and make-up, often claimed as “pharmacologically active”; they are generally quite expensive and the advertising market is very interested in them. European Commission decided to put a brake on misleading advertising about cosmetics.

Bensos, for its part, chose never to make unprovable statements. To answer with truthfulness and scientific evidence to some customers’ requests, Bensos commissioned to Ferrara University Citotoxicity tests on Moisturizing Cream for Sensitive Skins and on Body Cream for Sensitive Skins, as it was made for Hands & Face Biogel, delicate Shampoo & Shower, Baby Wash and Intimate Cleanser too. This test measures aggressiveness in vitro towards skin cells, in particular human fibroblasts. Benè tested products are “not citotoxic”, that is not harmful for cells. So, Benè creams are recommended both for under-eye region and for mucosal, such as skin with nappy rash; tested detergents can be used to wash delicately the same kind of skin.